Something Cool For Every Day In July!

Something Cool For Every Day In July! 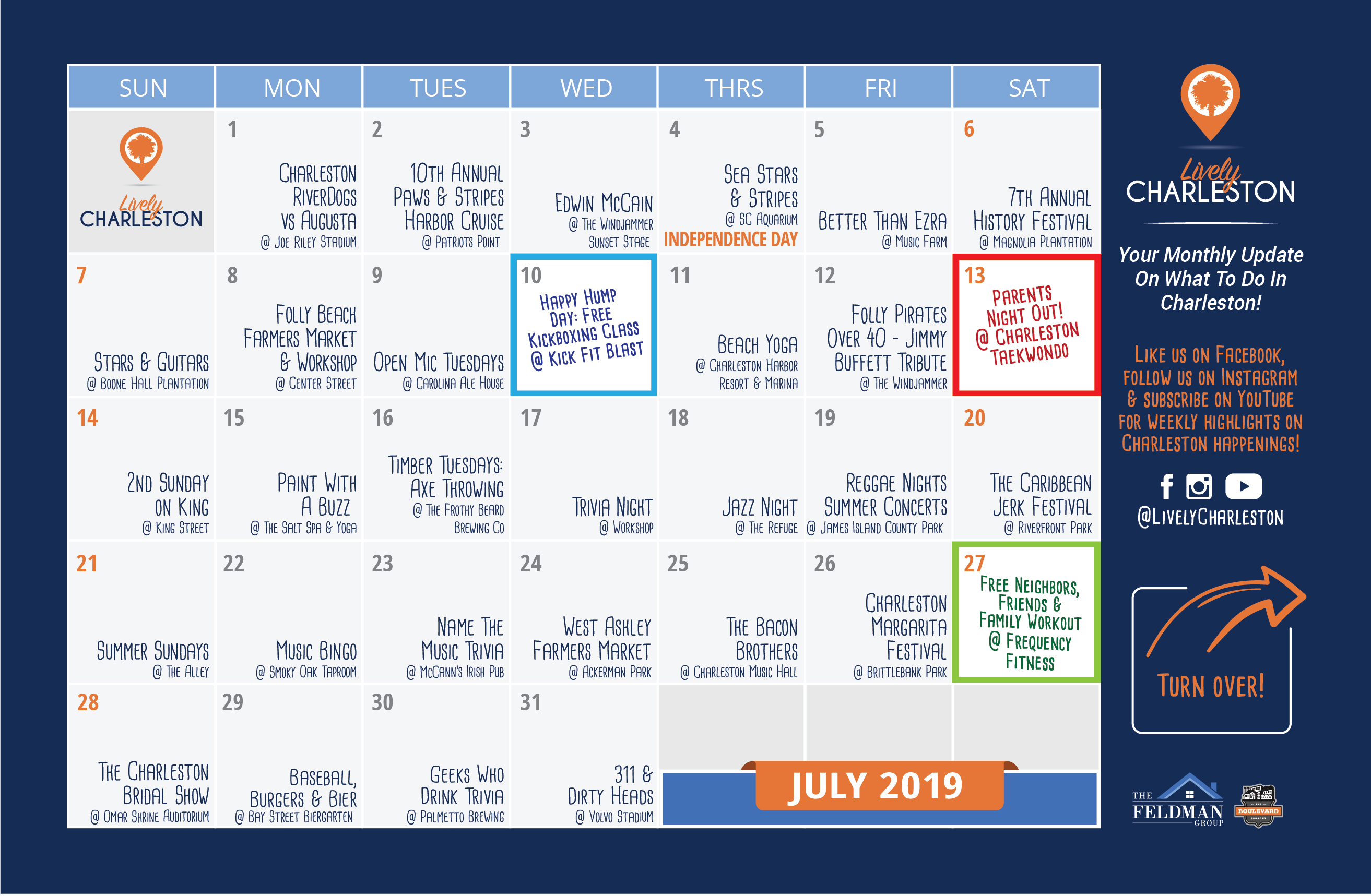 July is here and we're kicking off the month with fun, sun and fireworks! Check out all the awesome 4th of July parties and more around Charleston this month!

Our partners at Lively Charleston are passionate about exploring & engaging with the people,  places, and businesses that make our city so great. Below is a list of AWESOME things to do every day of July! Check it out and share it with your friends. And don't forget to follow us on Facebook and Instagram for weekly highlights!

To continue searching, you must agree to the Terms of Use.

For the best experience, please provide your cell phone number and select accept below to opt-in to our Terms & Conditions and Privacy Policy to begin receiving text and voice communications.

or make a new notebook

See local market activity affecting the value of
your home & maximize your investment.

We just need your phone number to finish creating your account.