Something Cool For Every Day In June!

Something Cool For Every Day In June! 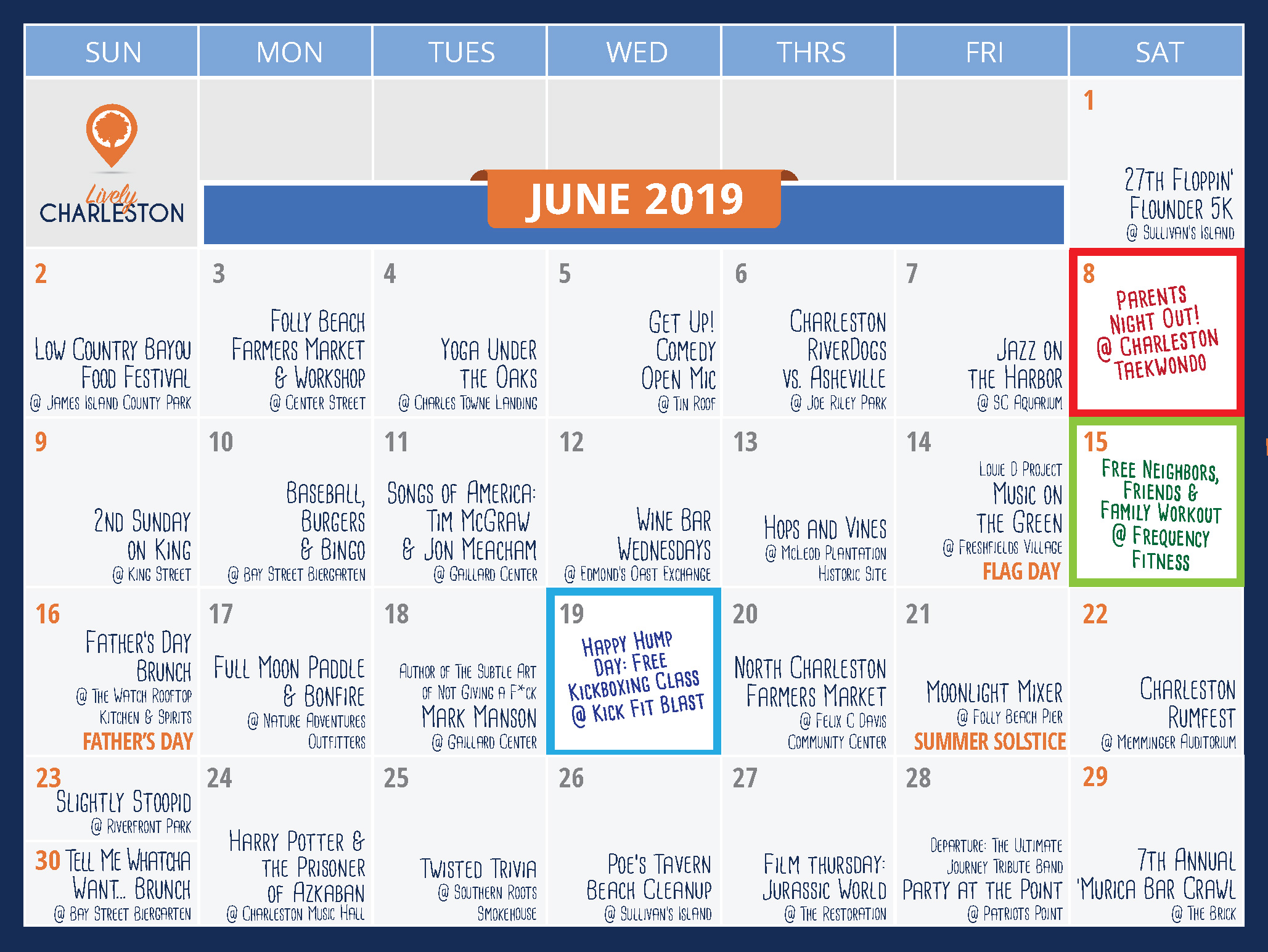 The summer sun is out in full swing and Charleston is not here to disappoint! Check out all the amazing Lowcountry events this month!


Our partners at Lively Charleston are passionate about exploring & engaging with the people,  places, and businesses that make our city so great. Below is a list of AWESOME things to do every day of June! Check it out and share it with your friends. And don't forget to follow us on Facebook and Instagram for weekly highlights!


Have an awesome event coming up? For more information about how to be a Featured Sponsor on our monthly Lively Charleston mailer, contact Beth at Contact@TheFeldmanGroupSC.com.

To continue searching, you must agree to the Terms of Use.

For the best experience, please provide your cell phone number and select accept below to opt-in to our Terms & Conditions and Privacy Policy to begin receiving text and voice communications.

or make a new notebook

Search the full MLS and Exclusive Property Listings.
(Prices and inventory current as of June 27, 2022)

See local market activity affecting the value of
your home & maximize your investment.

We just need your phone number to finish creating your account.